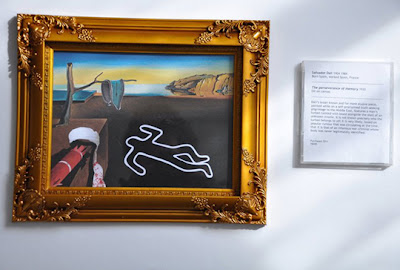 Remember East London graffiti kid CARTRAIN who stole pencils from Damien Hirst’s Pharmacy at the Tate as revenge for Hirst the Ripper seizing his diamond skull collage work? Isn't this illegal and can't one get thrown into the slammer? 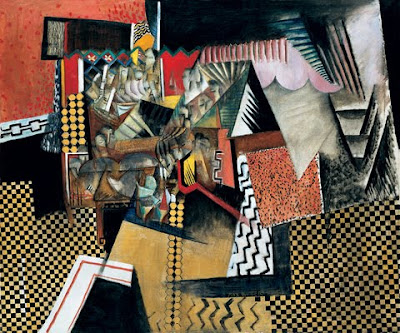 At the turn of the twentieth century, Gertrude Vanderbilt Whitney, an heiress and sculptor born to one of America’s wealthiest families, began to assemble a rich and highly diverse collection of modern American art. This group of objects, combined with a trove of new works purchased around the time of the Whitney Museum’s opening in 1931, came together to form the founding collection. This exhibition features a selected group of works from the approximately 1,000 objects in the Whitney’s founding collection, including iconic paintings by artists such as Stuart Davis, Charles Sheeler, George Bellows, Rockwell Kent, Edward Hopper, and Georgia O’Keeffe, as well as works by lesser-known artists. Co-curated by Barbara Haskell and Sasha Nicholas.

Breaking Ground: The Whitney’s Founding Collection is the first in a multiyear series of exhibitions aimed at reassessing the museum’s collection. Unfolding in chronological order over a two year period, these exhibitions will explore overlooked developments in American art and reconsider iconic figures and masterworks within new frameworks and contexts. 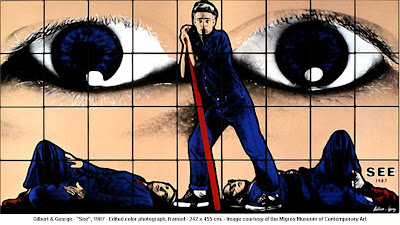 Liechtenstein.- The Kunstmuseum Liechtenstein will show a thematic exhibition of selected works from the collection of the Migros Museum of Contemporary Art Zurich. The exhibition, called "Theatre of the World: The Migros Museum of Contemporary Art Collection", confronts works by artists since the 1990s with works by masters of Concept Art, Arte Povera and Minimal Art. The Migros Museum of Contemporary Art opened in Zurich in 1996 and is an important facet of the cultural works programme financed by the Migros retailing group. Its professional collecting activities extend back to the 1970's and it now owns an outstanding collection including numerous internationally renowned artists. The current refurbishment of the Löwenbräu building in Zurich gave those responsible at the museum the idea of inviting other museums to curate an exhibition featuring works from the collection and show these in a larger context. On view from May 27th until September 4th.